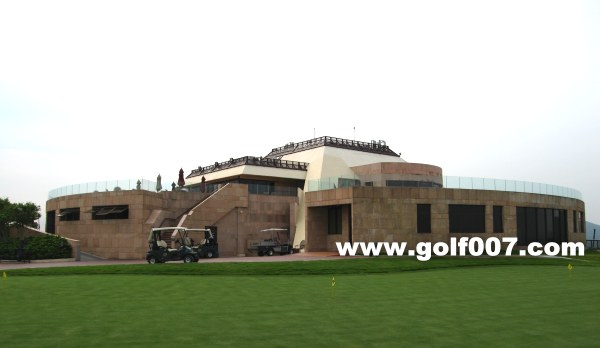 Cracking layout that would be even better if they had a bit more room - holes 6 & 7 are a little cramped - but that is really a minor gripe. Difficulty of the course increases considerably when the wind's up - which it normally is. Hope to be back sooner rather than later.

This spectacular clifftop course is situated on the tip of the jaw-droppingly beautiful Clearwater Bay Peninsula and was completed in the early 90s. Although it is a private club visitors can play during the week (maximum booking: 3 days in advance) and not surprisingly it isn’t cheap; a round will cost a minumum of HK$1400 – depending on the time of year – and that includes the HK resident discount. Is it worth the cash? Quite possibly…….read on to find out why.

The clubhouse has been upgraded fairly recently and houses all the facilities that you expect from a club of this stature. More leisure amenities are located in the Country Club five minutes away but these are not open to visitors. The service of the staff was good so we’ve got no complaints there.

Following the recent renovation of the course, conditions were good without being outstanding. The greens were a little furry perhaps (and v. sandy in places) but we’re sure these will improve in time. The fairways and tee boxes were presented superbly. 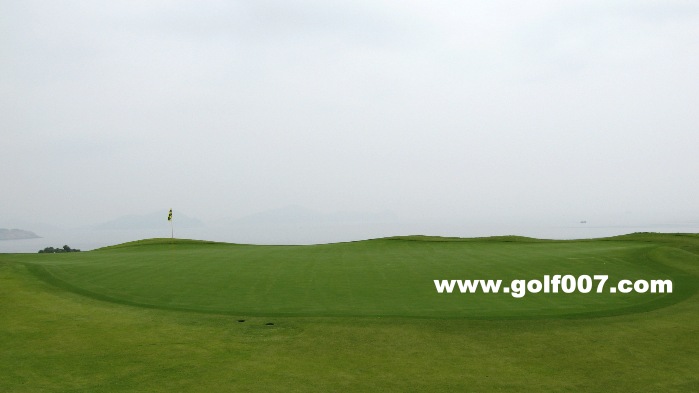 No caddy service provided at CWB.

CWB is absolutely stunning in parts. Following five-time British Open champion Peter Thomson and his team’s recent renovation the course opens up with the Ocean nine which runs along the cliffs edge before returning inland back up towards the clubhouse. The first four holes are as spectacular as they come and offer wonderful seaside views. The Ocean nine is pretty short – less than 3,190 yards from the blue tees – but that doesn’t really affect scoring; the wind that hammers in off the sea is more of a factor than anything else.

The back nine – the Highland Nine – is not quite as thrilling as the first few holes but features more in the way of elevation change and is much longer as well. It’s definitely a strong stretch of holes and culminates in a swinging par-five that will either make or break your round.

Accuracy off the tee is paramount at CWB. There isn’t much room to spray it around – miss the fairway and more than likely you’ll be reaching into your bag for another ball – and given the length of the layout, bombing it miles isn’t as much as an advantage as it is at other courses. The par-threes, however, are probably the toughest set of short holes in Hong Kong – more so than even Kau Sai Chau North. They all seem to measure in excess of 200 yards and play to tiny greens that feature significant slope.

Put simply, CWB is an undoubtedly tough test but a beautiful one as well. Yes, it’s expensive but well worth a visit every once in a while. Remember to bring you camera – some of the views here are as good as anything you’ll see at a golf course.

Cracking layout that would be even better if they had a bit more room – holes 6 & 7 are a little cramped – but that is really a minor gripe. Difficulty of the course increases considerably when the wind’s up – which it normally is. Hope to be back sooner rather than later.